What if you decided to change your world

Discover the tools and methods of an expert behavioral psychologist that’s proven to work EVEN IF you only have 15-minutes per day.

Twenty-five years ago, on a beautiful spring day, two men graduated from the same University. They were very much the same: both were more than average, both have pleasing personalities, and both had the drive and ambition to succeed in life.

One day, they meet again at their college reunion.

They were still pretty much the same. Both we’re happily married, both had four children, and both, as it turned out, worked for the same multi-national company.

But there was a big difference. One became the manager of a small department. The other was its president.

What Made The Huge Difference?

Maybe you’re curious, just as I was, on what made such a huge difference in their lives. It isn’t because one is more intelligent than the other. Or one was more talented than the other. It isn’t that one person wants success and the other doesn’t.

The difference lies in how each person’s “framework” operates and how he or she can train, transform and upgrade that framework so it will give maximum performance. And that is the reason why I created this program: so you can access the greatness hidden within you.

You may have experienced being the man or woman who was left out, trying to figure out what you did wrong. You may have even gone to different seminars, read a few books, but still wondering why things are not going the way it’s supposed to be…

You may be telling yourself “This is hopeless. I’ve tried everything and it’s not working for me.”

If this is you, then STOP, and listen to what I’m about to tell you…

It’s not your fault!

There are a lot of gurus out there teaching different kinds of stuff, one sometimes telling the opposite of what the other is saying… and it can be really confusing. If you thought that some gurus are only after your hard-earned money, well, I can’t blame you.

Some of them really are...

Now, maybe what you need is just someone who can hold your hand, guide you step-by-step and day-by-day, so you can be sure you’re going the right way towards your dreams and success.

If you haven’t found that someone, then don’t worry—I can be your guide. 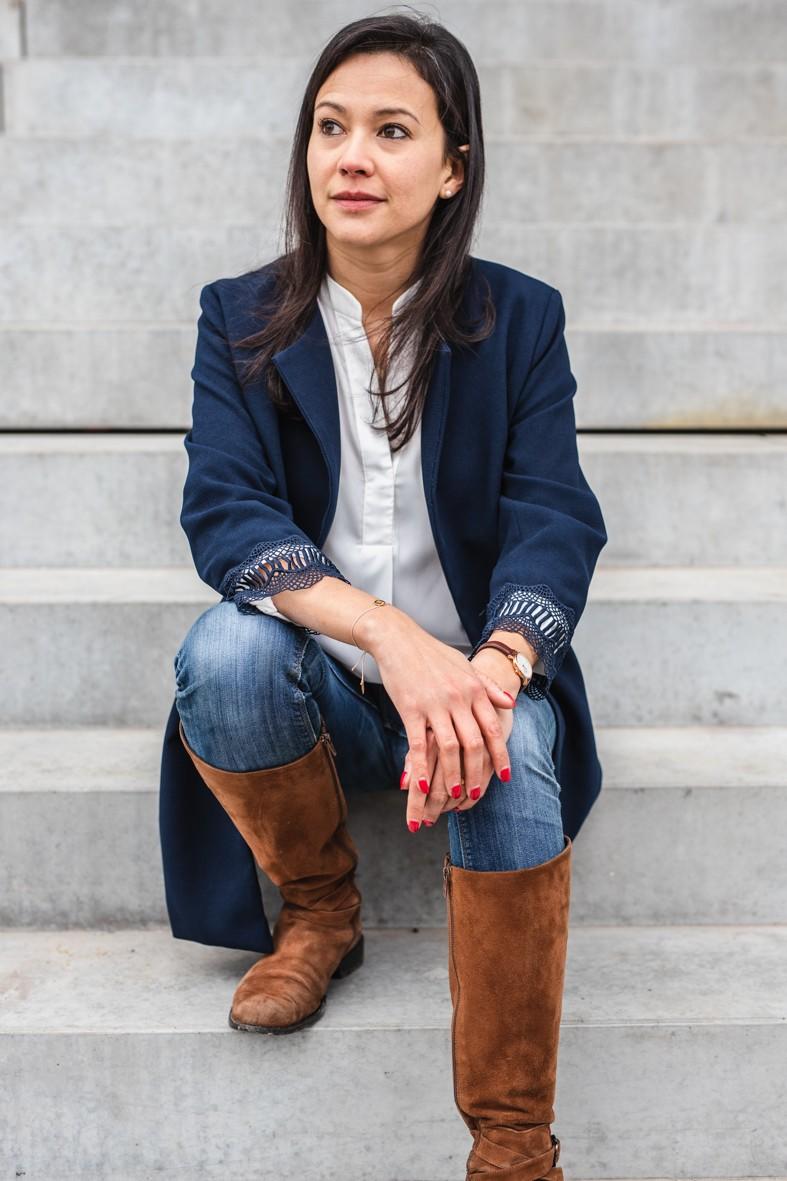 Hi! My name is Marjo.

I’m the Founder of PeterLily and three other companies

As a behavioral psychologist, business coach and leader, I’ve been helping thousands of people just like you.

For nearly 15 years, I’ve coached small teams to huge organizations on how to transform themselves and perform at their very best...

I will help you discover hidden talents and unleash your full potential so you can give more value, have more income, and make an impact in the world.

Listen. You have greatness within you!

Take my hand, and for 21 days, in just 15-minutes per day, we will go on a journey to reconnect you with your inner power and provide you the tools you need to succeed and make a difference…

For the people you care about

And for the future generations to come

See you on the other side,

Together with my team, we have created the MOST COMPLETE personal transformation journey you can find.

An online journey with 21 personal development themes, that you do at your tempo, with the support of a whole community of people like you, and our team of coaches.

Everyday, you discover a new theme through videos, podcasts, whitepapers, books, and challenges to complete to put what you learn directly in action.

In only 15 minutes per day.

Some Of What You’ll Learn Inside…

BONUS - You’ll get access to an EXCLUSIVE Facebook group where you can connect with people who are on the same journey and meet me LIVE every sunday… and who knows? Maybe you’ll be one of the lucky few who I’ll choose to be in my Mastermind Group who I will personally mentor towards greater things. 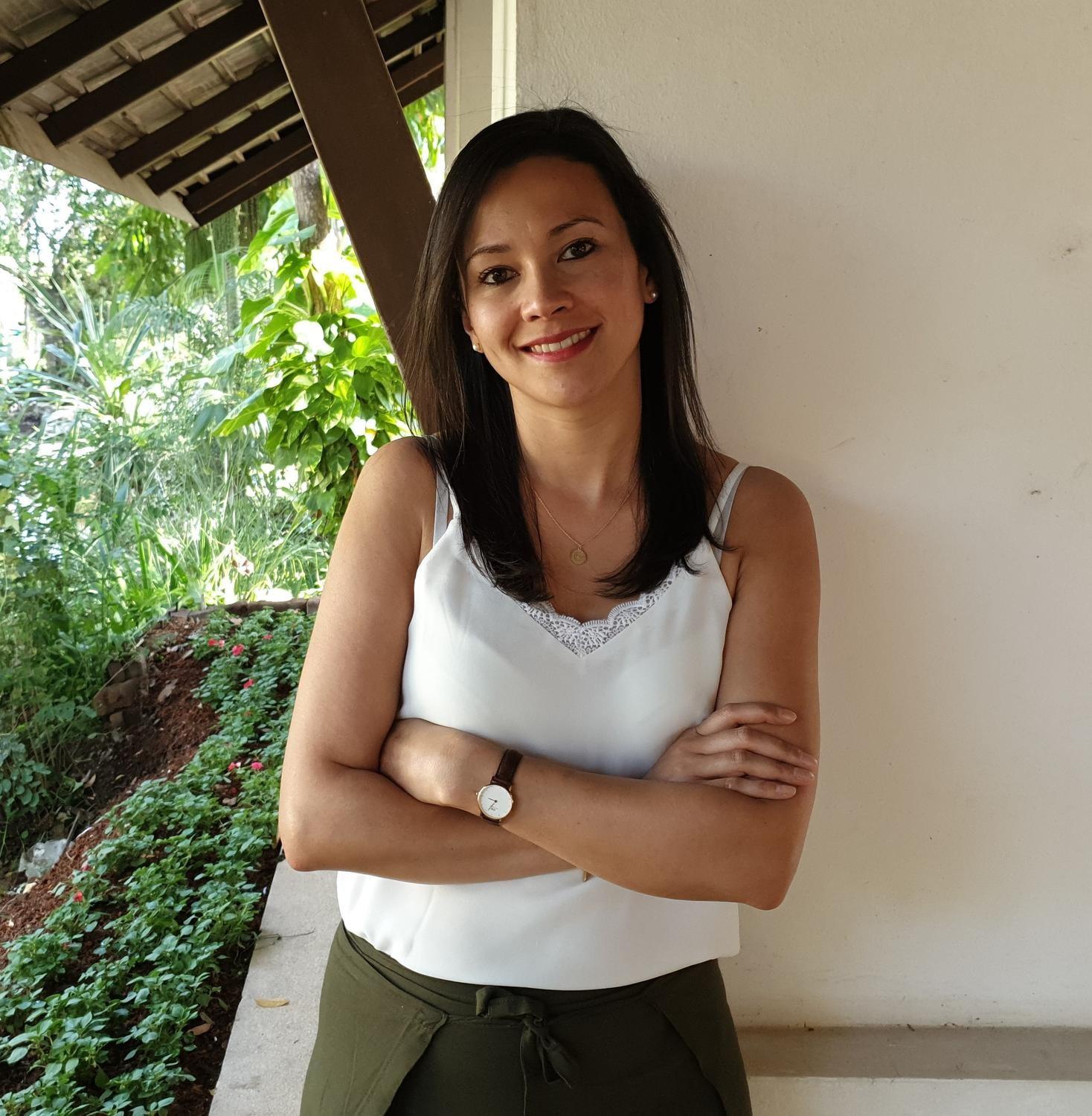 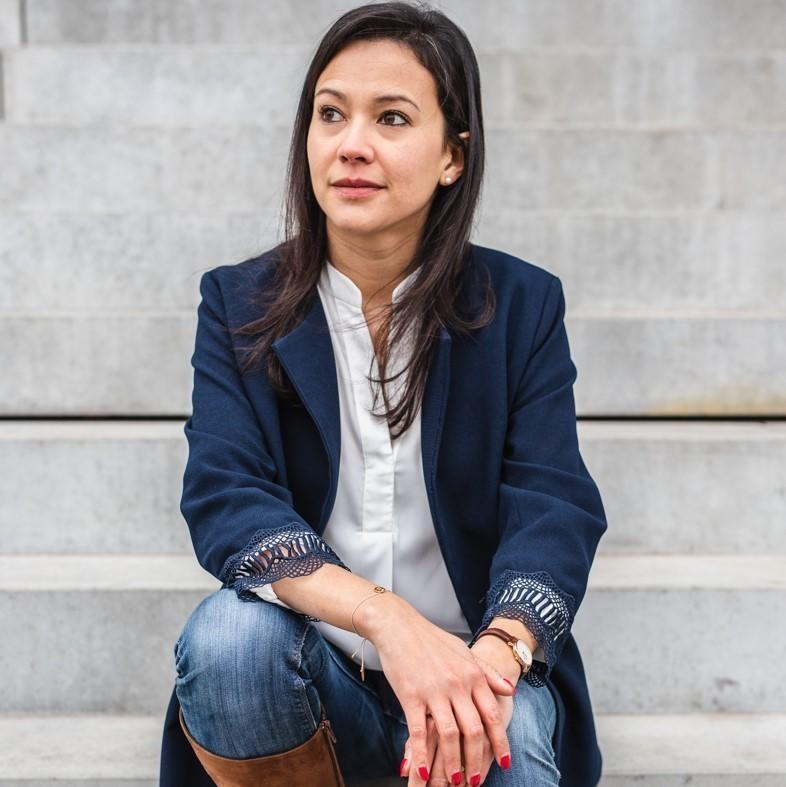 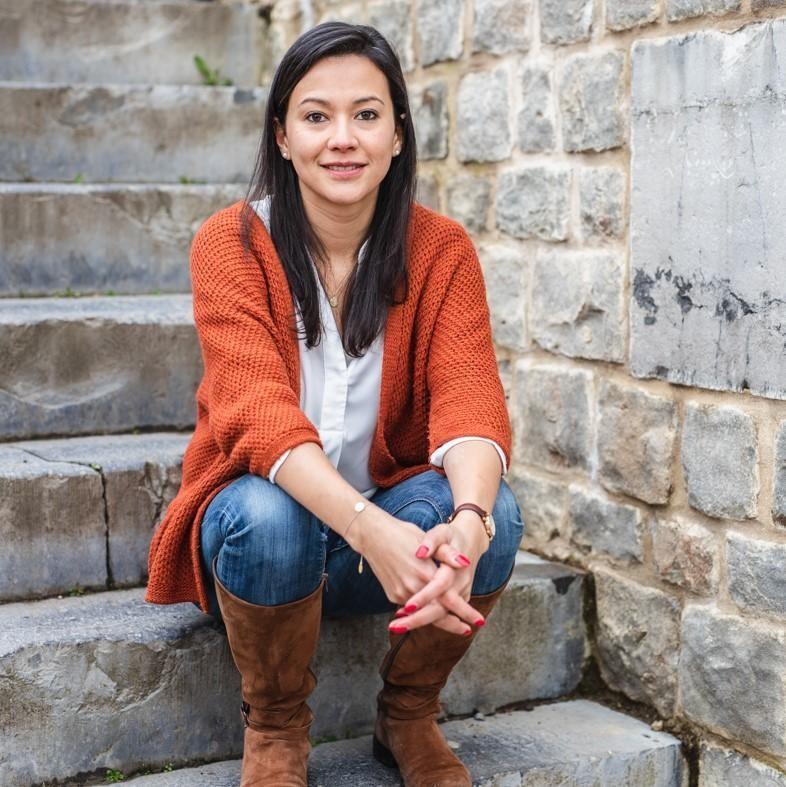 "I am feeling satisfied and proud of having achieved the complete journey. I have also a feeling of fulfillment. Taking 15 mintues a day for myself made me feel more confident and I felt more in peace with myself. I loved -The way that you have to take time for yourself each day -The challenges (after thinking about a subject you are challenge to act) - The tools to helps us in the journey - Marjolaine's videos with examples and concrete applications of the theories - The links (video, article) to go deeper in the subjects - Links between the different days. It’s a 10/10 ! 10 ! It has been only positive! Everyone deserves the opportunity to know him/herself better."

"Thank you Marjolaine, I have completed and truly enjoyed the journey. My only wish is that the inspiration and gentile knocks on the head you have provided me would continue. I was skeptical that an online program could help to clarify soul searching and future vision. You and your team have done a wonderful job. "

"I just loved this journey ! It helped my clarify my life vision, my pitfalls and my needs to move on in the best way. I feel more focused on my goals and myself. I loved Marjolaine’s authenticity, her good advices and examples. 10/10 ! Thanks a lot ! "

"I started the "You can fly!" 21day online program. It's very professional, easy to follow and motivating! It helped me to find my morning routine again. The perfect way to start 2020! Thank you Marjo"

"I'm really happy to follow this 21-day online program. It's inspiring, to the point and with a lot of personal stories that I like! Looking forward to what's coming. "

"Marjolaine is a great HR professional. She's talented, always enthusiastic, intelligent, kind, eager to learn and people-oriented. Marjolaine is the woman with the greatest potential I've ever seen. I've never met someone like her. She has always been there to support me in my new function... I hope I'll have the pleasure to work with her again in the future."

"Marjolaine is a rare combination of professionalism and inspiration to others. She's passionate and 100% devoted to her job. She's been a great resource for me and I really appreciate her expertise and our collaboration. It’s always a pleasure working with her. "

"Majolaine's enthusiasm and entrepreneurship are a real asset. She drives her projects and manages to convince her colleagues to embark on the same journey. She has very innovative ideas and a clear view to the future. It has been an extraordinary pleasure to work with her!"

The most COMPLETE personal transformation journey

Embark on a complete personal transformation journey, to learn to become your best self and how you can create your big impact on the world.

Everyday, for 21 days, you access an onling training & a community of sharing. And every week, you join a live group coaching session online to share your questions, your insights, your comments, but also to receive additional tools & inspirations.

On your laptop & smartphone.

The journey starts every 1st day of the Month and places are limited. This way our team of professional coaches can guide you day-by-day in getting the best out of the program, and helping you build profound & sustainable personal transformation.

Registrations open the last 48h of the Month. You can register to our email list to be part of the first ones informed, and this way secure your spot for the next edition!

Looking forward to seeing you on the other side. 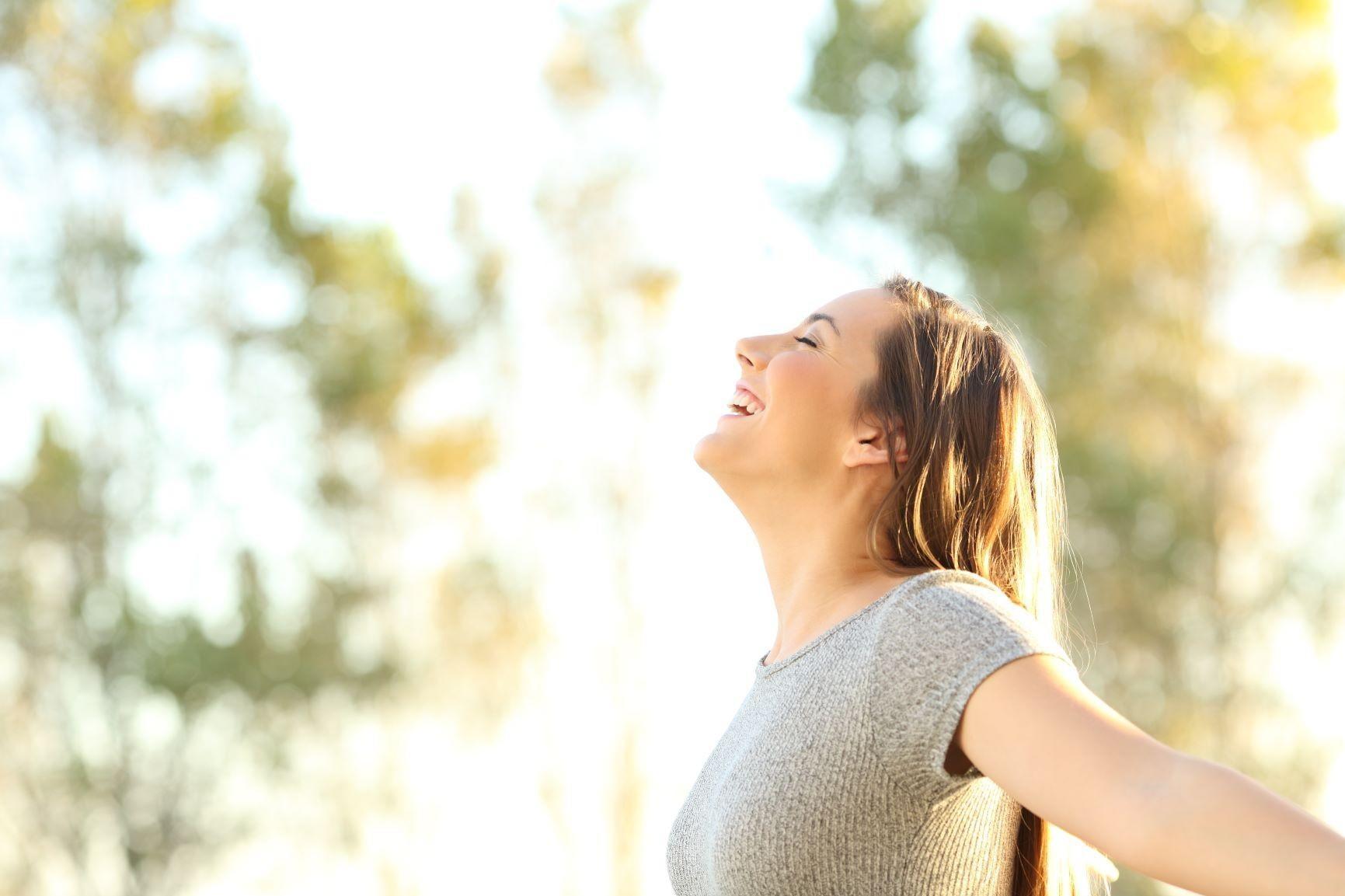 Leave us your name & email address to be part of the first!

Registrations open the last 48h of the month, to start the journey on the 1st day on the following month.

Places are limited so our coaches can guide you on a day-to-day basis and help you truly and sustainably transform yourself.